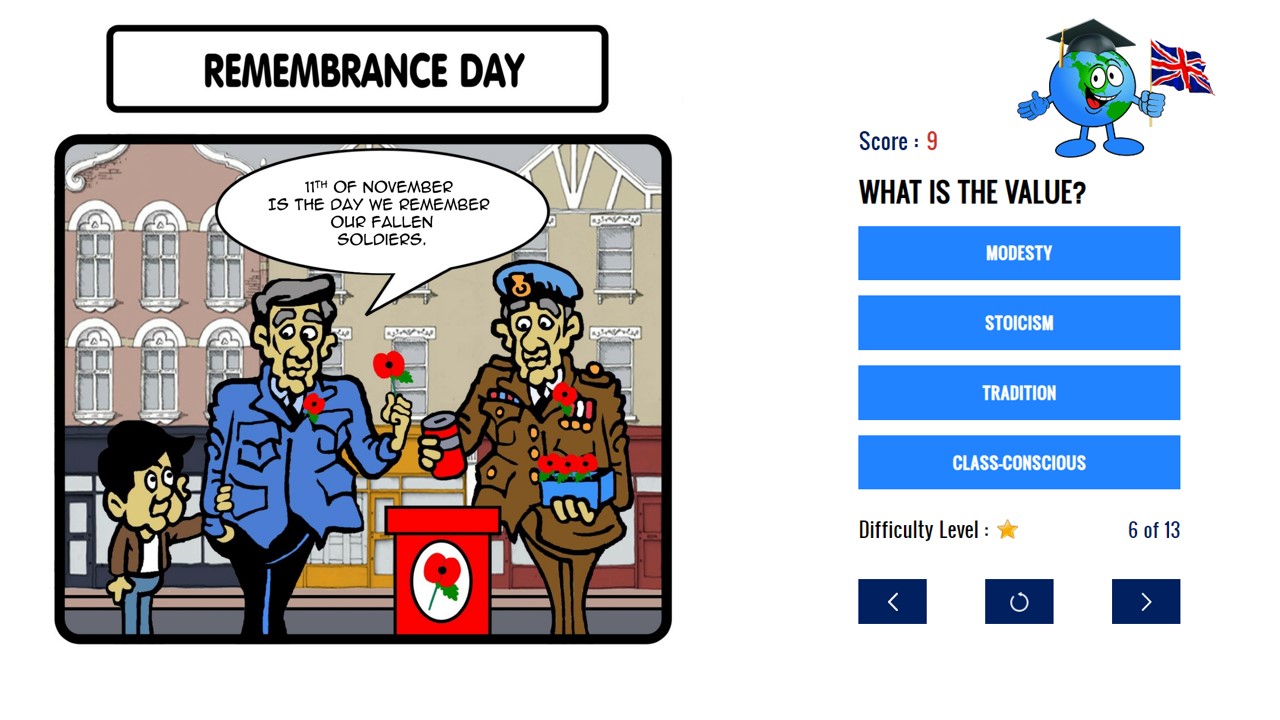 The British cherish traditions such as Remembrance Day and rituals such as wearing poppies. Remembrance Day also informally known as Poppy Day marks the day WW1 ended, at 11am on the 11th day of the 11th month, in 1918. Poppies, growing on the battle-scarred fields after the end of World War I, are now worn as symbols of remembrance. A two-minute silence is held at 11am on November 11th to remember the fallen soldiers. Remembrance Sunday is also marked each year on the second Sunday in November. The Royal Family and  politicians gather at The Cenotaph in Whitehall, London, for a memorial service.

Get FREE INTERACTIVE GAMES on BRITISH VALUES at www.culturebuffgames.com
Culture Buff British Values are interactive games that leverage visual stories to teach foreigners about British cultural values. Our games can be trainer facilitated or used as a self-directed learning tool.