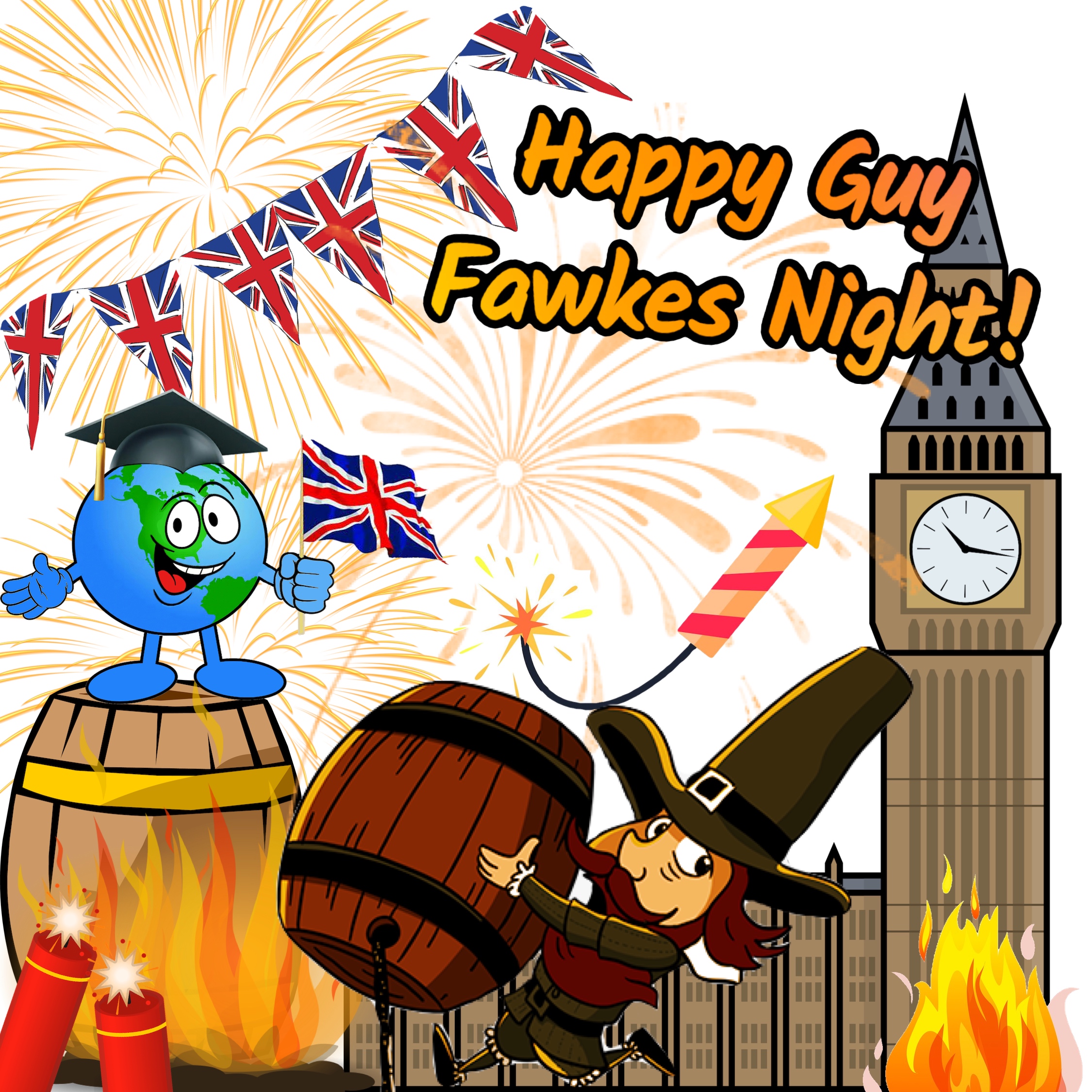 Guy Fawkes Night or Bonfire Night, is an annual evening of fireworks and bonfires held across Britain. It marks the failure of the Gunpowder Plot on November 5 1605, when a group of Catholic conspirators planned to blow up parliament and kill the Protestant King James I. Guy Fawkes is synonymous with the event as he was the one caught in the cellar below the House of Lords with 36 barrels of gunpowder. Since then the foiled plot has been commemorated every November 5th by burning effigies of Guy Fawkes on bonfires. Culture Buff British Values Games leverage visual stories to teach foreign students, work travel program participants and expatriates about British culture values in a way that is fun and engaging.
Get FREE INTERACTIVE GAMES on British values, traditions and culture at www.culturebuffgames.com